In February, 2009, we experienced severe leaking into our basement for our cantina which is located under the front stair slab. We called PCS (got the number from the Yellow Pages). Chris came that same day, identified the problem, provided a quote for the work and fixed it. His work was first rate, clean and, above all, effective. We have not experienced any leaking since the repairs were done. We have had no hesitation since that time in recommending PCS to friends and acquaintances.

It’s been more than four months since you repaired the leak in our basement and we just wanted to let you know that our basement in completely dry. The crack you repaired has not leaked since and now our kids can finally play downstairs again. We wanted to thank you for the work you did and all the recommendations you made with regards to keeping water away from our foundation, hopefully preventing future leaks. My wife and I would like to commend you on your great service and would recommend your company to anyone in need of such a repair.

Since the fall of 2006 we had been inundated with water in the basement. Each rainfall had worsened the situation and we sought a number of contractors (some very well known in the industry) to deal with the situation. Every contractor wanted to dig up and replace the weeping tiles either from inside the basement or from the outside. We were given a variety of estimates which varied from the absurd to the ridiculous and this is not even taking into account the huge mess and dislocation to our home that this would entail. We were immediately impresssed with Chris (of PCS) because he really knew what he was talking about and his proposal to install a sump pump was a low cost practical alternative that really worked. We have had several really huge downpours since and the basement has remained dry. A civil engineer who was consulted about the problem even agreed with Chris' plan of action. We are very happy to give PCS our strongest recommendation. 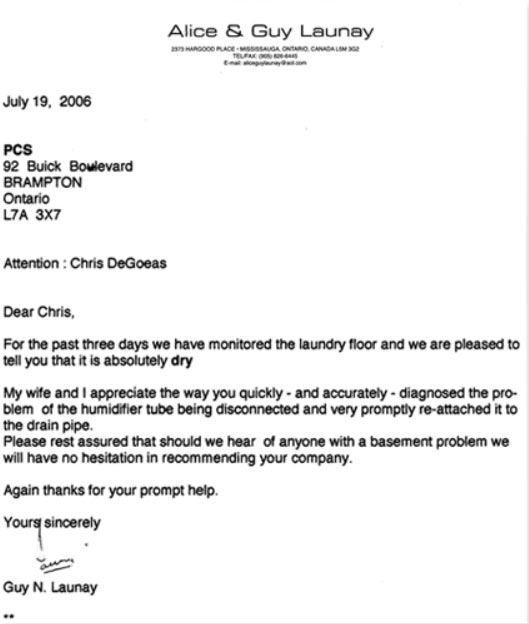 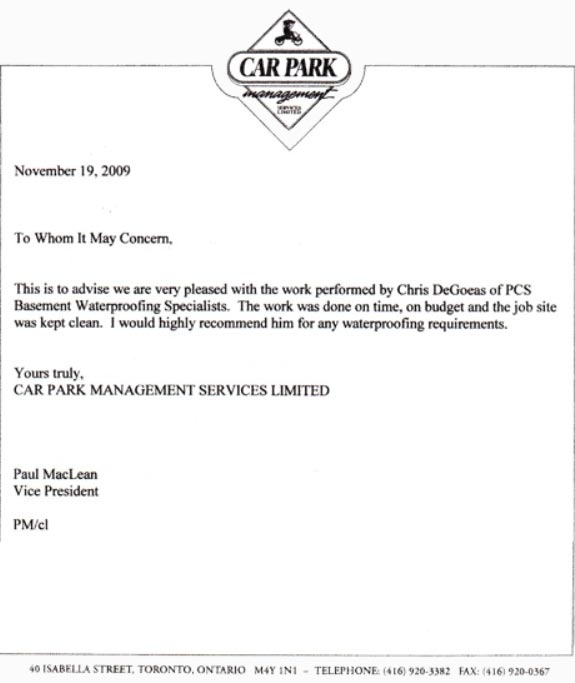 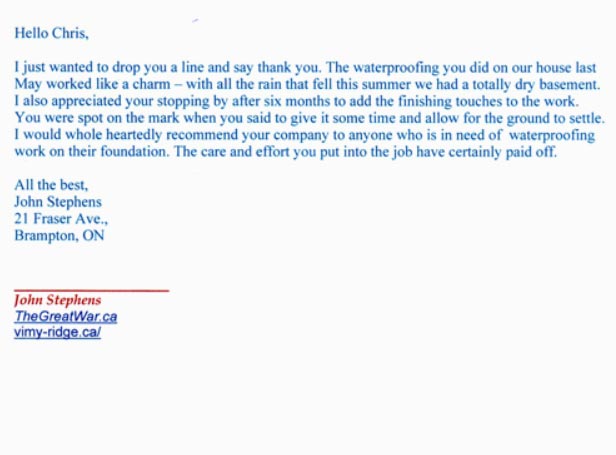